This blog post was originally published on 12/13/13 at The Book Nympho:

Jodie:  “I’d like you to meet OFC Jeremy Kohler. He’s cop and a Dom and he has a fondness for using everyday objects to torture a submissive.”

Jodie:  “So how about you give us a list of your favorites?”

Jeremy: “Not sure I want to give away all my secrets, but sure. Here’s a few.  I like to start out with a kiss under the mistletoe.  Nothing sets a scene like deep, hot, wet kiss.  I know mistletoe in this sense isn’t a real pervertable, but…”

Jodie: “Can you tell us what you mean by pervertable?”

Jeremy: “Yeah, taking something normal and using it for kinky play. White votive candles or white Hanukkah candles for wax play.  And clothespins. I love those and sometimes use them instead of regular nipple clamps. Plus, you can put them all over your sub’s body.”

Jodie:   “Good to know. What other holiday-themed items can you use as a pervertable?” 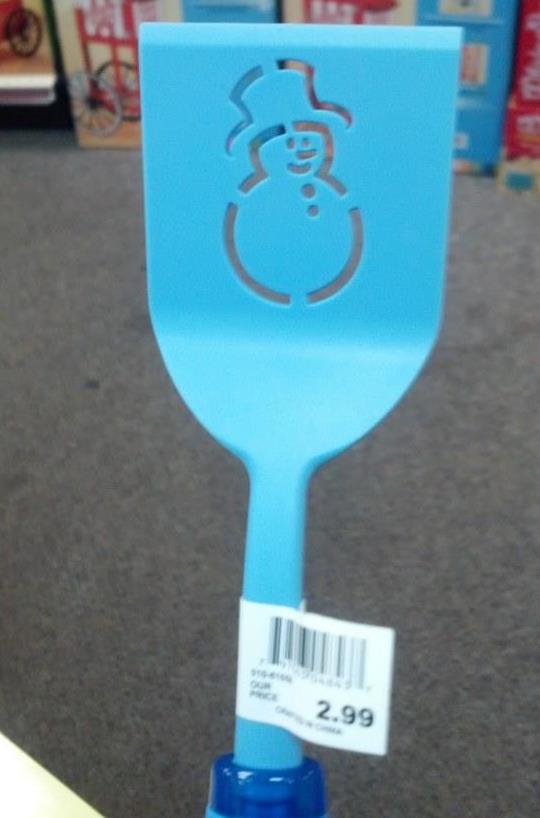 Jeremy:  “Lots of things can be used for impact play, especially around the holidays.  Does your sub like to bake?  There are spatulas with Christmas tree cutouts in them. They leave a really nice mark on a sub’s bottom.  Wooden spoons are good too, with or without cutouts.”    A devilish grin crosses his face. “Do you have one of those long wooden cheese boards with a handle? Then you’ve got a paddle.  That would be especially fun if you’re throwing a holiday party at your house.  Before the guests arrive, give your sub a few well-placed swats.  Then, during the party, every time someone takes a piece of cheese from the board — washed after use, please! —   you can whisper in her ear, give her a wink, or even better, a squeeze of her tender ass.” 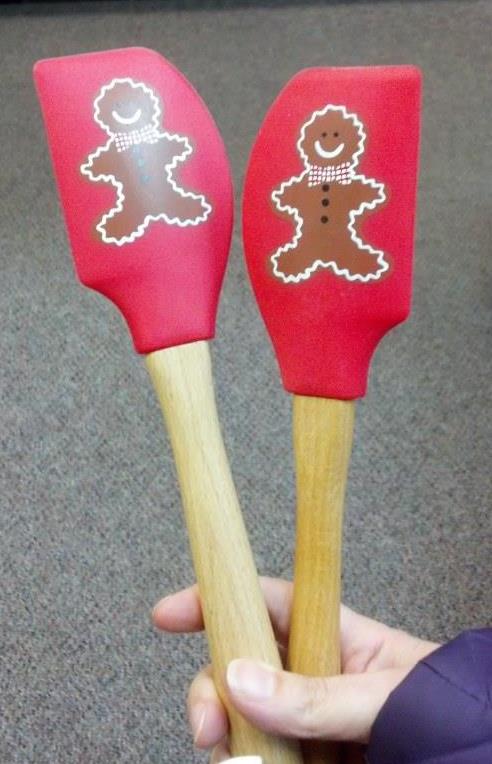 Jodie: “What else do you have for us?”

Jeremy: “It’s winter, so scarves are great for blindfolds or bondage.  Wrapping presents? Tie your sub up with Christmas ribbon — but be sure to have safety scissors to get her free immediately if there are any circulation issues.  You want to have fun with this, not hurt anyone. Well, not in a bad way, anyway.”  He pauses, and his eyes light up.  “You can even drape garland around your sub and decorate her like a tree, or hang jingle bells from nipple clamps.”

Jodie: “What about for people who aren’t into pain at all?”

Jeremy: “The holidays are good for sensation play, too.  Evergreen boughs are prickly. Pastry brushes are soft.  Gloves can be soft or scratchy.  And if you’re into role playing, there’s always the fur on Santa’s—”

This writing was originally published as part of the Scorching Book Reviews Christmas Fantasy Event in December 2013. Rebeccah and Jeremy are characters from Matzoh and Mistletoe.

Hi! I’m Rebeccah Rickman.  This is the first year I allowed myself to have a fantasy Christmas since I met Officer Jeremy Kohler five years ago.  You see, I’ve always been married when I’ve done my ride-along with him on Christmas Day. But this year?

And this year, I found myself imagining what it would be like spending Christmas night with him. I don’t celebrate Christmas since I’m Jewish, but I’ve always loved bright, cheerful Christmas decorations and music and lights and food and… I could go on and on.  I love my own traditions, don’t get me wrong, but I can still appreciate other people’s celebrations, right?

Of course, that’s not the only reason I imagined spending Christmas with Jeremy. I mean, sexy guy, cop, black hair, hazel eyes, nice butt.  What’s not to like?

This was the last one I had, on Christmas morning. Right before I went to meet him at the police station for our ride-along:

We’re in Jeremy’s house. I’ve been incredibly curious about where he lives, but I’m more focused on him than his house.  He’s smiling at me, that sexy smile that has always haunted my dreams.  He slides his big hand around the back of my neck and pulls me close.  “Wait here,” he murmurs in my ear, his voice brushing against my skin. “I have plans for you.”

I get goose bumps from his words or his touch or even just…him. He steps away from me to turn on the Christmas tree lights, and I suck in a deep breath. Oy, he’s potent.  He moves around the room with deadly grace, turning on the Christmas tree lights, starting a fire in the fireplace, putting soft music on. The room smells good, like evergreen and a little bit of cinnamon and apples. He steps away and comes back a minute later carrying a platter of food. He sets it beside a bottle of wine on a low table near the fire.

At the sofa, he lifts a thick, fluffy blanket from the back and lays it out on the floor, folded several times.   With that devilish smile of his, he crooks his finger at me.

My heart races.  I follow his unspoken order, walking to him as though a string connects us. I stop in front of him, my back to the fire. It’s warm, welcome after a cold day. I open my mouth to speak, but he stops me with his finger against my lips.  I nod my understanding, and he smiles again.  His eyes are locked with mine as he unbuttons my sweater, his fingers slow but nimble. Soon, he’s got them all undone, and he nudges the sweater off my shoulders.  I’m wearing nothing but a cami underneath it, and as he pushes the sweater down my arms, he’s following with his lips.

Oh, God.  I had no idea I could be so turned on by something as simple as this. His tongue. Dear God, his tongue. I shiver.

He tosses my sweater to the sofa and pulls me forward, his finger hooked into the top of my cami. I catch him looking down at my cleavage, and to my surprise, his cheeks flush. But he takes my hands and puts them on the hem of his sweater, then raises his arms.

I get to undress him? Yay!

I tug his sweater up and he bends slightly so I can pull it over his head.  Now he’s wearing nothing but a tight black tee-shirt, stretched across his wide chest.  I toss his sweater on top of mine on the sofa, but then I flounder. I’m a little nervous. I don’t know what I’m supposed to do next. I don’t know what he likes, or what he—

He drops onto the sofa and pulls me between his spread knees.  I look down, and his black dress trousers are tented.  It’s easy enough to see he’s aroused, and I feel a tiny thrill at knowing I did that to him.

He puts both hands on my hips and presses down. My eyes fly to his, and he looks at the floor. My heart stutters, but I drop to my knees, steadying myself with my hands on his thighs. I knew he had to be in good shape for his job, but holy cow, they’re rock hard under my palms. My knees are cushioned by the blanket Jeremy laid out, and I’m touched by his care.

Jeremy moves his hands to my shoulders, and then up to my face, cupping it with gentle fingers. He leans closer, and I know this is it. We’ve never kissed before, and somehow it seems right this way. In the space of a heartbeat, his mouth is on mine, his lips warm, his tongue wet and stroking my mouth until I open for him. The touch of his tongue against mine is ignites my need like a match to a pile of kindling.  I can’t hold back the small sound I make.

I feel Jeremy smile against my mouth.

He takes his time kissing me, not just my mouth but the sensitive skin behind my ear, the curve of my neck, the hollow of my throat.  He takes a tiny nip of my chin before returning to my mouth.  This time, his kiss is stronger, and I’m glad I’m on my knees, because this? This is what they mean by knee-weakening. When he lifts his lips from mine, he kisses the tip of my nose, then reaches behind him to pull out a…

My breath catches. It’s a handful of ties. And a blindfold.  I’ve never told him the secret desire I’ve had to be tied up and blindfolded, but somehow he knows.

“Trust me,” he says.  I do trust him, with all my heart, so I nod.  With a satisfied smile, he stands, leaning over me to reach my arms.  His erection bumps against my cheek and I turn my head, rubbing up against him.

He lets out a laugh that’s half groan and steps back, but I lean forward, trying to follow him. “Not yet, sweetness.  Soon.”  He finishes tying my arms behind me, wrists crossed one over the top of the other.  And then he wraps a tie around my ankles and another around my knees, too. I’m trapped now, on my knees, unable to move. My heart speeds up. I’ve wanted to try this for so, so long.

And then he holds out the blindfold, running his fingers over it, making me wish it was me he was touching. A rush of longing floods me, heating my cheeks and dampening my panties. To cover my embarrassment, I drop my head and close my eyes. If I can’t see him, he won’t know how much he affects me. His low laugh tells me he already knows—and he’s pleased by it.

His hands push my hair back behind my ears, and then he pulls the blindfold snug against my eyes.  He runs a finger under it, and his finger tickles my eyelashes. I blink my eyes open, but now it’s dark, and my other senses flare.  I can hear his slow, steady breathing and my own pulse in my ears, and I can smell the scent I’ve always associated with Jeremy, probably his soap or his aftershave.

Jeremy lightly pushes on my shoulders, and I realize he wants me to sit on my heels.  I do, and then I feel him slide to the floor.  I’m tucked into that space in the vee of his legs, I think, because I can feel his body heat warming my front.

“Your skin is soft,” he says, his voice a whisper against my cheek. A heartbeat later, his tongue touches my shoulder, and a finger pulls the strap of my cami down my arm, as far as it can go. “Like silk.”

My head falls back as he licks a path across the tops of my breasts to the other shoulder, where he gives it the same treatment, licking it and then pulling my cami strap down. Like his tie, it’s another thing binding my arms behind me.

His big hand slides inside the cami, pulling it down so my breast is free. He cups it, his palm rough and hot, and as his finger rubs across my nipple, I strangle on a moan. And when his tongue brushes it and he sucks, pulling against my tender, swollen flesh, I feel that spark again, the one that runs in a direct line to my core, and I want.

His laugh is low and wicked, and I can no longer hold back the words. “Please, Jeremy, I need….”

And then my damn alarm went off.  I woke up, wet and wanting and anxious to see Jeremy for the first time since Easter.  I couldn’t wait to get there, and let me tell you something.

Reality? Way better than the fantasy.